We are pleased to announce that the trial was a great success.  Special thanks to our judges Ted Leslie and Cheryl Bishop.  We had a great team of volunteers as well Mary Morris, Tiffany  Shaw, Titus and Audrey Lyall-Ashby, Aleisha Mitchell and Marion Great job guys!

We offered a $50.00 cash prize for the two highest combined scores in Novice Obedience and Novice Rally

We offered a $50.00 cash prize for the two highest combined scores in Novice Obedience and Novice Rally 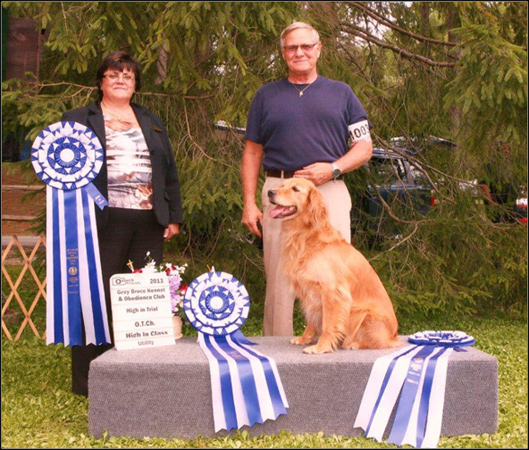 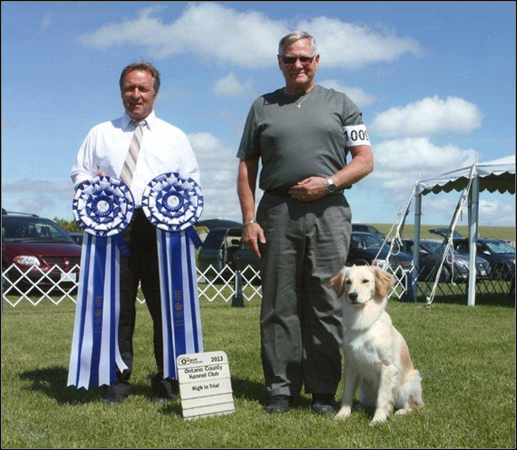 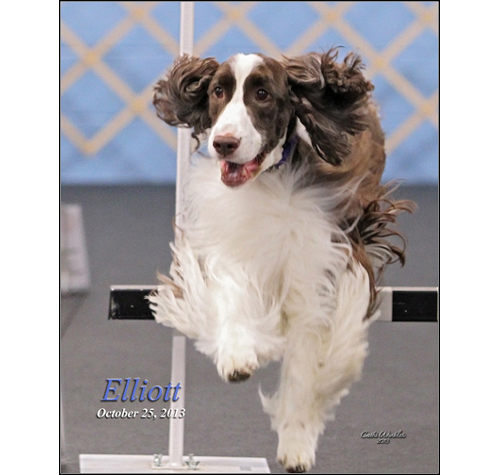 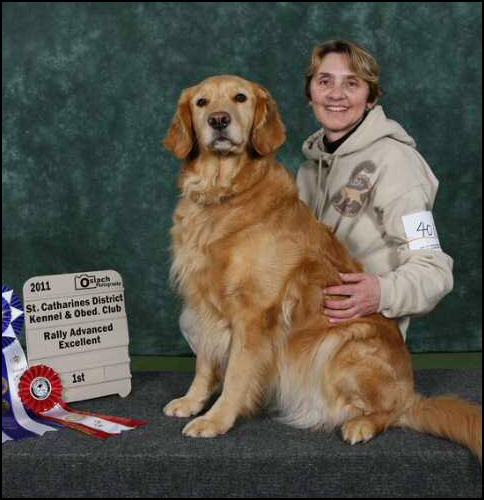 There were 4 Rally Obedience trials held in conjunction with the GBKOC Annual Show, 2 trials on Tues. Aug. 7th and 2 trials on Wed. Aug. 8th


Disclaimer: Disclaimer: These are not official CKC results. If you spot any incorrect results, please email sue@canuckdogs.com. We rely on the goodwill of volunteers to provide us with results and mistakes are corrected as soon as we receive them. Where there is a tie for a score, results may not be listed in order of placement. For official results, contact the Canadian Kennel Club.

The GBKOC will not be holding obedience & rally trials in conjunction with the conformation shows pending further notification.

-- TEST 1 - Accepting A Friendly Stranger This test demonstrates the dog’s ability to allow a friendly stranger to approach and speak to the handler. The evaluator will walk toward the handler and dog and greet the handler by shaking hands and briefly chatting. The dog should remain under control with only gentle assistance, if necessary. The dog should not go to nor jump on the evaluator and must not exhibit any signs of shyness or resentment.

TEST 2 - Politely Accepts Petting This test demonstrates the dog’s ability to allow a friendly stranger to pet it while out with its handler. The evaluator will pet the dog on the head and shoulders. The dog may sit or stand quietly beside the handler and may change position, but must not exhibit any signs of shyness or resentment.

TEST 3 - Appearance and Grooming This practical test demonstrates that the dog will accept being groomed and examined and will permit a stranger to do so. The evaluator inspects the dog, brushes the dog briefly on the back and sides, and lightly examines its ears and front feet. The evaluator then walks behind the handler and dog, returning to face the dog. Minor movement is allowed, but the dog should not have to be restrained.

TEST 4 - Out For A Walk This test demonstrates the ability of the dog to walk politely on a loose leash as well as the handler’s ability to control the dog. The evaluator will have the handler and dog walk a course, which will include at least one right and left turn and a 180-degree turn. It is not necessary for the dog to be exactly aligned with the handler or sit when the handler stops. The handler may talk to the dog.

TEST 5 - Walking Through A Crowd This test demonstrates the ability of the dog to walk politely beside the handler in pedestrian traffic, while remaining under control at all times. The dog and handler walk through and close to several people. Throughout this test the handler may talk to the dog giving praise and encouragement. The dog must maintain a position close to the handler without becoming unduly stressed or unruly. The dog may show some interest in the strangers but should not go to them.

TEST 6 - Sit/Down On Command and Stay In Place This Test demonstrates the dog’s ability to respond to the handler’s commands. The handler may take a reasonable amount of time and use more than one command to sit and down the dog. If required, the handler may touch the dog gently to assist it. Once the dog has responded to both a sit and down command, the handler will decide in which position the dog is going to be left. The handler will then tell the dog to stay and walk forward 6 metres before turning around to face the dog, then will return to the dog.

TEST 7 - Come When Called This test demonstrates the dog’s ability to come when called by the handler. The evaluator will stand near the dog and instruct the handler to position the dog in either a sit, down or stand position. The handler will then leave the dog and go to a distance of 3 metres before turning and calling the dog. The dog should come readily to the handler; the handler may encourage the dog.

TEST 8 - Praise/Interaction This test demonstrates that the dog can be easily calmed following a play session or praise. After playing with the dog for approximately 10 seconds, the handler then calms the dog. More than one command may be used, but the dog must display controlled behaviour when told to settle by the handler. The evaluator looks for evidence of a good relationship between the dog and handler.

TEST 9 - Reaction To A Passing Dog This test demonstrates the dog’s polite behaviour while in the presence of other dogs and handlers. Two handlers, with dogs, approach one another from approximately 6 metres. They stop, shake hands briefly, chat and then continue walking. The dog should exhibit no more than mild interest in the other dog.

TEST 10 - Reaction To Distractions This test demonstrates that the dog is confident when faced with common visual and auditory distractions such as doors opening, baby strollers, joggers, etc. The dog may express natural interest in the distraction and may temporarily startle, but should not show aggression or fear. One or two barks are permitted and the handler may talk to the dog throughout this test.

TEST 11 - Supervised Isolation This test demonstrates the dog’s ability to be left alone with a person other than its handler, while maintaining a calm acceptance of the situation. The handler asks another person to hold the dog and tells the dog to stay. The handler goes to a pre-designated location, out of sight of the dog and waits 3 minutes until called to return by the assistant evaluator. The dog should not show excessive stress by pulling on the lead, or exhibit excessive panting, barking or whining.

The GBKOC held 2 obedience & rally trials on August 3rd.  Results can be seen on the Canuck Dogs website. Just click on the links below to see results for each trial.

Membership and Code of Ethics

Are you interested in becoming a member of an active and progressive club of dog enthusiasts? If so, you may download a membership application here and code of ethics by clicking here

Oops! This site has expired.

If you are the site owner, please renew your premium subscription or contact support.